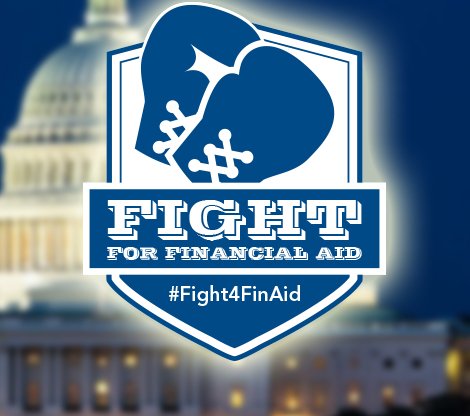 While we have been writing about and following the Higher Education Act (HEA) reauthorization for quite some time, the battle has moved to the social media arena. Led by NASFAA along with some of the regional financial aid professional organizations, those working in the financial aid field are attempting to bring attention to what Congress is thinking about doing in terms of changes to federal aid as the HEA nears a vote.

Financial Aid Awareness month was held in February; so on the last day of the month, NASFAA spearheaded a Washington D.C. event where hundreds of NASFAA members attended multiple events with congressional leaders to 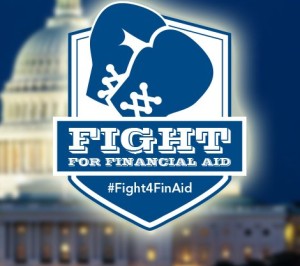 talk about the latest on the HEA and the proposed PROSPER Act. Members were there to not only emphasize the positives such as eliminating federal loan origination fees and year-round Pell but to also warn those who would listen about the elimination of programs like the SEOG grant and Public Student Loan Forgiveness program and how it would have an impact on the students at their campuses. David Peterson, Assistant Vice Provost of Enrollment Management for the University of Cincinnati told NASFAA that the visits were a “great opportunity for those of us in the profession to get out and get to know our legislators in their environment.”

As of last check, the social media hashtag campaign had a reach of almost 200,000 users via stats offered from Keyhole. From the looks of pictures on Twitter, NASFAA members from both Colorado and North Carolina were successful in having sit-down meetings with congressional leaders of their state. A list of 59 organizations also announced their support of keeping the Pell grant program in place, if not strengthening it completely. That list can be found in the reference section below from ticas.org. The crux of the issue is stated as such in the document to Congress, “as you work towards a final spending agreement for fiscal year 2018, we urge you to likewise use the non-defense discretionary funds provided by the raising of the sequester caps in the Congressional budget agreement to maintain all Pell Grant funds in the Pell Grant program where they should be used to secure and strengthen the grant for current and future recipients.”

The fight in our field is never over and there are many wonderful higher education leaders found across the country, volunteering their time to ensure that Congress is aware of any changes made to federal law and the impacts many of us will see on the local level.

@The Chronicle of Higher Education